Some 25 years ago, a small group of musicians crowded into the Radio Aotearoa studio in Papatoetoe to record a suite of original Māori songs and compositions. They brought with them a mix of contemporary acoustic and electronic instruments along with an assortment of taonga puoro, Māori traditional instruments. Toiapiapi, the product of this session, was a ground-breaking recording. Many of the taonga puoro featured on it had never before been heard, alone or together, in the history of recorded music.

Prior to this, there had been a reawakening and resurgence of these long-silent voices of Aotearoa, in a movement spearheaded by two of the Toiapiapi musicians – Hirini Melbourne and Richard Nunns. The movement came about through an extraordinary combination of talents and interests, including the crafting of instruments – with carvers Brian Flintoff and Clem Mellish at the forefront – as well as musical composition and performance. The process involved long and patient research into heritage collections and into living memories within communities and on marae, talking and working with people who had heard, and sometimes played, taonga puoro in much earlier days. It also involved much experiment with materials and their shaping, including bold leaps of imagination to work out how something might have been played and sounded.

Accounts of this rediscovery, recreation and renewal have been eloquently given by Brian Flintoff and Richard Nunns. Suffice it to say, the appearance of Toiapiapi comprehensively demonstrated that the art and craft of music-making with customary instruments was fully alive. Made with funding help from the Queen Elizabeth II Arts Council, the recording was initially published in 1991 as an audio cassette with booklet by educational resource company Te Whare Whakahirahira. Shearwater Associates then published a cassette and book package for nationwide distribution in 1993.

Toiapiapi not only gave taonga puoro a new hearing, it also offered an approach to their use. As Richard Nunns has said: ‘Some of the waiata Hirini specially composed to convey the name and the use of a particular instrument. Others used the instruments incidentally, because they were right for the accompaniment …. [They sit] together in this mixed fashion to show that the old instruments needn’t be restricted to just ritual performance. They can take their place in a modern setting, and can be played or not played by choice.’ 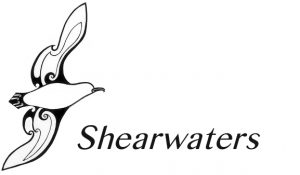 An imprint of Shearwater Associates Ltd 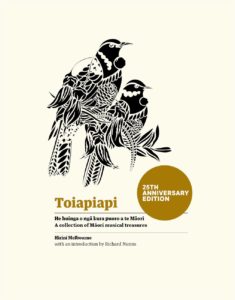 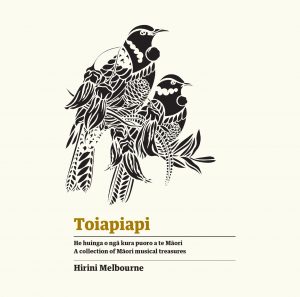